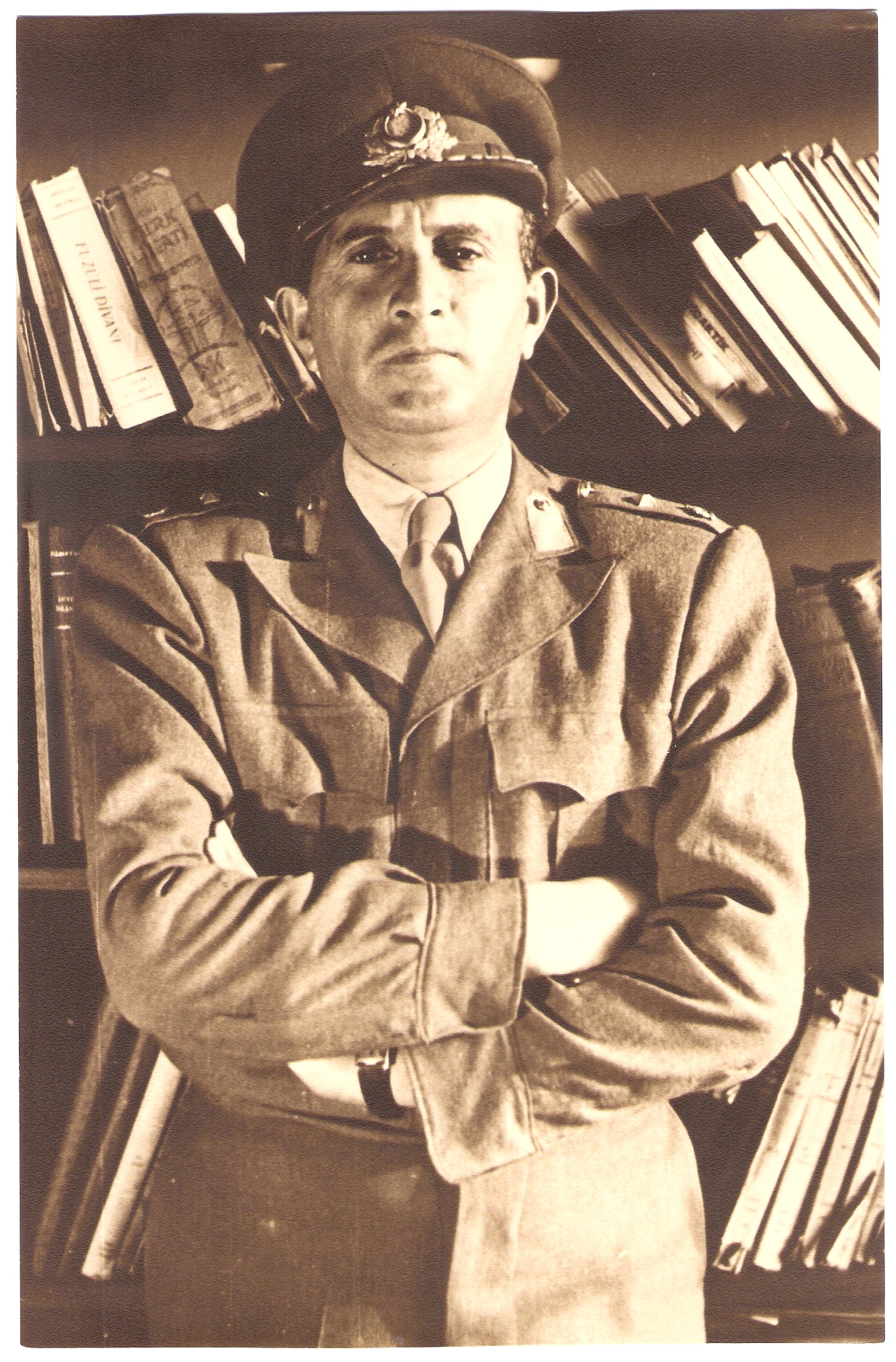 He went to Murad-Khani school for his primary education and attended Military school between 1919-21 and he was sent to Paris where he graduated from Lycee Michelet in 1923.
After the graduation from military academy St.Cyr/ Ecole Militaire graduating as a sub-lieutenant, he then went to Cavalry School Saumur / ecole d'equitation in 1926,graduated M.D.

Between 1926 –1928, he returned back to Kabul and attented Military College as a deputy commander. Later he became the Commander of the Military College.
He fought Bacha-i sakka(Habibillah-Kalakani, son of waterman)and left Kabul with prince Enayettullah and came to his father country Kandahar in 1929.
Abdul Tawab Tarzi went to Moscow with Ghulam Siddiq and worked at the Afghan embassy and went to Marseilles in early 1930,then to Rome. At the end of the year, he came to Turkiye to join his father and the family,in Istanbul. He married his father's very close and old friend– from Damascus - Faris bey's daughter Zakire Akoglu, on December 10, 1931.

He was accepted as a guest officer into Turkish army, with M.Kemal Atatürk's special permission. He spent several years in the army and was transferred to many cities, especially eastern part of Turkiye which reminded him his fatherland. Abdul Tawab was a person who would never complain from the difficult conditions he had faced during his military life , almost more than 30 years. He then became a Turkish citizen in 1931, and in 1932 graduated from Turkish Military War Academy as a Cavalry Captain with high degree. (diploma nbr. 23162). Since he was fluent both in French and English languages, he translated a number of military academic books into Turkish which are still used as reference sources in the army. In 1931 he also asked his father to be allowed to take Tarzi as his surname while he was accepted to enroll at Military War Academy. He attended Army Cavalry School in Istanbul as a teacher and assistant of Col.Tatton (French Col. Director of the Cavalyr Academy).

After his retirement in 1960, he became the vice-president of Turkish Equestrian Sport Federation for two years and organised the first International Equestrian Competition in Istanbul. He then spent around 3 years at the Afghan Embassy in Ankara when Ghulam Yahya Tarzi – his cousin- was the ambassador. He also served the Turkish Intelligence Service as an adviser of eastern countries.

Abdul Tawab and Zakire lived in Istanbul. He passed away in 1991 and his wife Zakire in 1999. They were burried in family cemetery at Anadoluhisar,Istanbul.
Their children are Leyla D'Afghanistan(d), Sahap Tarzi(d) and Omer Tarzi.