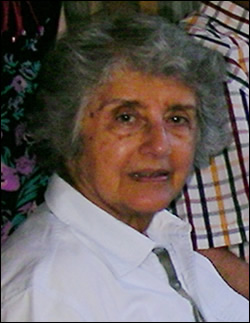 Leyla studied Elementary and Secondary schools in Istanbul. She studied journalism and graduated from the University of Istanbul, in 1954. She worked for one Turkish semi National bank until 1958; in Istanbul and in Erzurum.

She got married to Prince Ehsan Ullah D'Afghanistan , son of King Aman Ullah, on 28 July 1958 and they lived in Iran, Algeria, Zaire, Saigon and Geneva for business purpose.

During the war between Afghanistan and Soviet Union she voluntarily engaged herself to help the Afghan “ Mujaheddins” who were wounded during the war in Afghanistan and helped in bringing them to Geneva canton hospitals for medical treatments and therapy.During this period she helped them with translation from Dari into French and organized several events to support their needs financially.She was always involved in aid projects in Afghanistan to organise events in Geneva, Istanbul in order to get every kind of contrubitions.

She visited Afghanistan three times.Once in 1972 and recently in October 2003 and 2004 with his brother Sardar Omer Tarzi.
They brought necessary materials and donation to Afghanistan for those who needed them. She lived in Geneva,Swiss with her family.

She was the founder members of Mahmud Tarzi Cultural Foundation (MTCF) and member of Board of Management.She worked activelly to get donation for the MTCF programmes.

My dear Friends, Distinguished Ladies Gentlemen;
Leyla, hard as rock, soft as a velvet, is now before her illuminated grand creator.
Leyla was a leader in the society with the noble blood she received from her grandfather Sardar Mahmud Tarzi, one of Afghanistan’s respected leaders and her grandmother honorable Asma Resmiye khanum.

She loved to live. For her friendship was very important. Her friends and family were very special to her and she was very sensitive on these two notions. The slightest negativeness would upset her.

We, from time to time have created white-sympathetic quarrels to increase the love for each other. These little quarelles satisfied her personality and I had fun as if we are at the same age. These gave us a distinct pleasure because we understood each other so well.

People’s love to her came from respect and their respect came from their love to her. Now when I look around me, I can see the love energy coming from the eyes of all loved friends. I am very sure that she shared great moments with every and each one of you with her humble but serious personality that everyone accepted. This is known better by all of you valuable closed friends who had the pleasure of being with her.

I am proud to be her baby brother. I am sure you all happy to be her friends.But, SHE was the happiest of all of us. She mentioned the happiness of having you all in her life every time we talked.

Openning her hand without any return to Afghan immigrants, doing everything she can to heal them, sacrifices to increase her family life quality and being with her friends, were indispensable to her. She was distinguished by her charisma which gave positive support to Turkish-Afghan-Swiss relationships and her life spent in all those countries. She spent social efforts by getting together with valuable executives from all three countries.

That is the reason that all positive sympathies from you became the best medicine to Leyla, where science was incapable.

She loved to live and made people to love to live but said “that was not going to suit me anymore.”. . .
May GOD take her to heaven and his mercy upon her.  AMEN