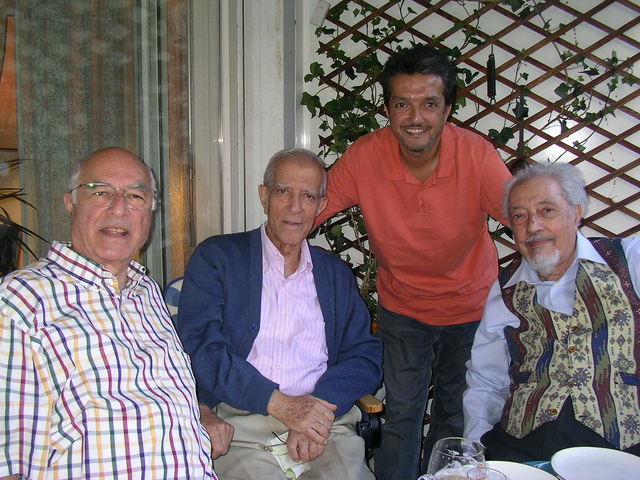 Rahmad also travelled to many countries with his father and completed his education during this period. Then he came to Geneva with his parents and is currently living there. From 1990 to 1995 he worked for a Travel Agency, then he launched his own company “ Visas service BVC, Business Visas Center ” . He sold his company on 2002 and started to work in Carlson Wagonlit Travel WHO and from 2003 he transferred to its department in UNO as Specialist of Visas. He speaks Dari,English,some Turkish and fluent French.

He is one of the founder members of Mahmud Tarzi Cultural Foundation (MTCF).
In this picture Sardar Omer Tarzi,H.E.Wahid Tarzi and his father crownprince Ehsan Ullah d'Afghanistan