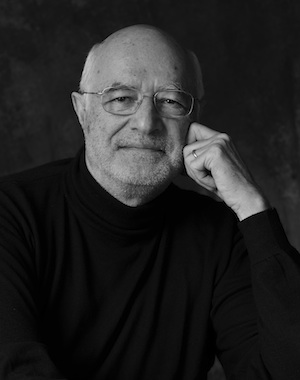 Ömer studied in various schools throughout Anatolia due to his father's Military Services in Turkey when he was a child. When they finally settled in Istanbul , he graduated from Faculty of Economy and Marketing and got married to his schoolmate Melike Cengiç on 6 August 1970.

Melike was born on 30 November 1942 in Istanbul. She finished the American College which is now Robert College and graduated from Faculty of Economy and Marketing as ‘' First ‘' of the school year.

Ömer worked as an Executive Director,CEO and board member in some international industrial companies for many years. After his retirement, he founded his family company in 1995 and worked with his wife in textiles as a representative office. His company became then one of the important representative office for the best wellknown Italian yarn groups. He was the first enterpreneur to introduce Italian yarn producer in Turkiye.On 2002, they left the company's control and management to their children Idil and Kerim.

In 1994 Ömer focused on his grandfather Mahmud Tarzi's life and started work and research on him and his family. He visited his fatherland, Afghanistan, Kabul on 17 October 2003 with his sister Leyla. One of his fervent wish was to launch an endowed trust fund for the name of Sardar Mahmud Tarzi in Afghanistan, in order to find more space and comfort to work professionally and to help education and health systems in Afghanistan.And he succeeded to establish the foundation.

He is one of the founder members of Mahmud Tarzi Cultural Foundation (MTCF) and President of the Foundation. (since 2005 Sept.) /see more at www.mtcf.net

Since 2010 he is working on his grandfather Mahmud Tarzi's trilogy; his biography - Tarzi family in Istanbul - 3rd generation of Tarzi (memoirs of Mahmud Tarzi and his family). The book one is autobioghraphical novel of 'Two Kings and a Leader-Mahmud Tarzi and Afghanistan' will be published in September,2014, Istanbul, in Turkish language.

Melike&Ömer have two children ; Idil and Kerim and they all are living in Istanbul.