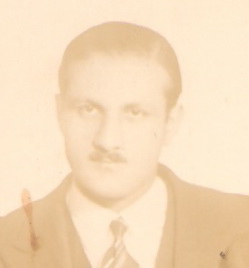 Educated at Habibia School.In 1925 he went to UK and graduated at The Police Institute in Birmingham. Returned to Kabul 1928 and became head of Police College.
Accompanied King Aman Ullah to exile in Rome, 1929 and worked as his secretary until 1934. Joined his family in Istanbul. Married a Turkish lady, Dr. Pakize Saltik on 23 July 1936 in Istanbul, Turkiye. Had two daughters and a son. His wife founded a very successful women's hospital in Istanbul, 1949. He passed away in 1979.
Dr.med. Pakize Tarzi passed away on 17th of October,2004 in Istanbul, Turkiye. She graduated from Istanbul University of Medical Faculty as a Women's Diseases specialist.She worked with prof.Liepmann-dean of the faculty- to get her bachelor of sience degree. She established the first private maternity clinic with her husband Sardar A.Fattah Tarzi, in Istanbul,1949.Since then she became the symbol of the modern Turkish woman with her unforgetable struggles for secularism, women's rights and modernisation of the country.
Children; Fatma Sunguroglu, Zeyneb Osman Ertogroul and Mahmut Tarzi