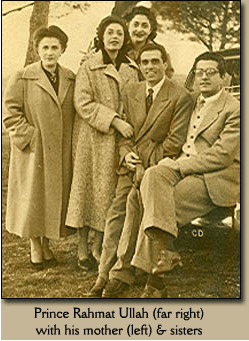 Exiled with all his family to Rome, Italy. He went to elemantary and secondary school in Rome then graduated from military high school. He went to Royal Military Academy, Modena - Italy, graduated Lieutenant of Italian Royal Army. After the 2nd World War with the advent of Italian Republic, he resigned from the army.
He became a diplomat of Political Sciences and Geographie in University of Rome. He founded his private secondary school to start his own business. Married with Adeliah Graziani a niece of Italian Marshall Graziani. He lived in Rome with his wife.