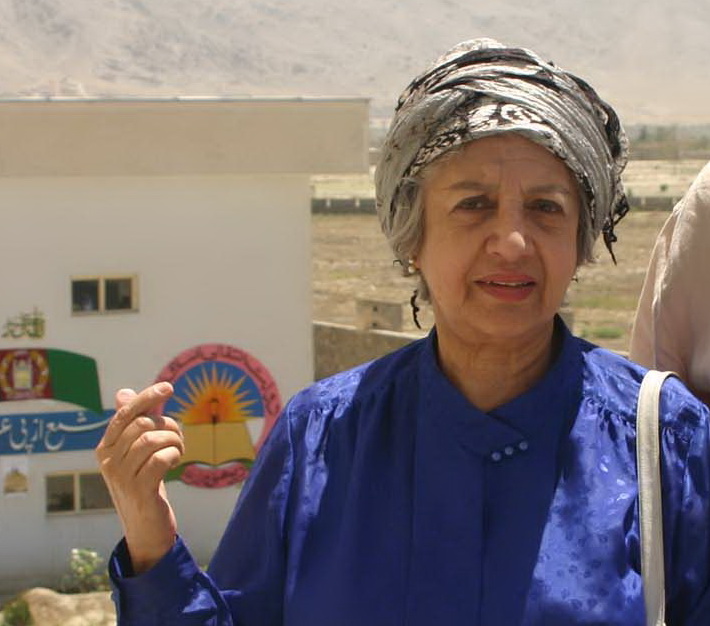 Princess India d'Afghanistan was born in Bombay [ India ] in 1929 as the family was traveling and finally arrived in Rome , Italy.
Princess India d'Afghanistan studied in Italy and Switzerland . In 1951 she married Kazem Malek, an Iranian landowner, and settled in Mashad , Iran . They had two daughters: Soraya, born in 1954 in Rome , Italy and Hamdam, born in Mashad , Iran in 1956. Hamdam later married a navy commander named Paolo Fusarini. The couple had two children [Matteo and Flavia]. They currently reside in Rome , Italy.

After eight years of a marriage Princess India d'Afghanistan divorced her husband and returned to Rome , Italy to live with her family and
two daughters.

In 1966 she married an Afghan businessman named Abdul Rauf Haider. They had a boy named Eskandar who was born in Rome in 1967.

In 1968, Princess India d'Afghanistan returned to Afghanistan after the death of her mother the Queen. She attended funeral ceremonies in Jalalabad and was very much impressed by her homeland and decided from this time on she would work for the benefit of Afghanistan.

From the Russian invasion of Afghanistan until present time she has worked tirelessly for the benefit of women's issues, underprivileged children and medical concerns. Princess India gives successful and informative conferences in many cities in Italy as well as other European cities. These conferences provided Princess India d'Afghanistan with the opportunity to educate the public as well as collect funds and goods for schools, orphanages and hospitals.

She is one of founder members of Mahmud Tarzi Cultural Foundation (MTCF)and Vice Chairman of Board of Management.(2005). She resides in Rome and Kabul.

From 2011 she spent most of her time at Afghanistan,Kabul in order to organize better living conditions for the children.